Apr 28, 2022
Press Release
Due to this administration’s open border policies, illegal crossings have skyrocketed. A record number of migrants crossed the border illegally last year, and this year is set to be no different. On average, Border Patrol Agents encounter 7,000 individuals a day. If President Biden is successful in lifting Title 42 authority, crossings are expected to more than double with the daily rate reaching upwards of 18,000 encounters, per the Department of Homeland Security.

Even after record-high numbers last year and the startling predictions for the future, this administration has chosen to double down on its failed approach. Secretary of Homeland Security Alejandro Mayorkas testified before the Homeland Security Subcommittee today, hoping to change public opinion on the administration’s handling of the border, including its plans to lift Title 42. Committee Republicans had another idea and pushed back on the reckless idea. 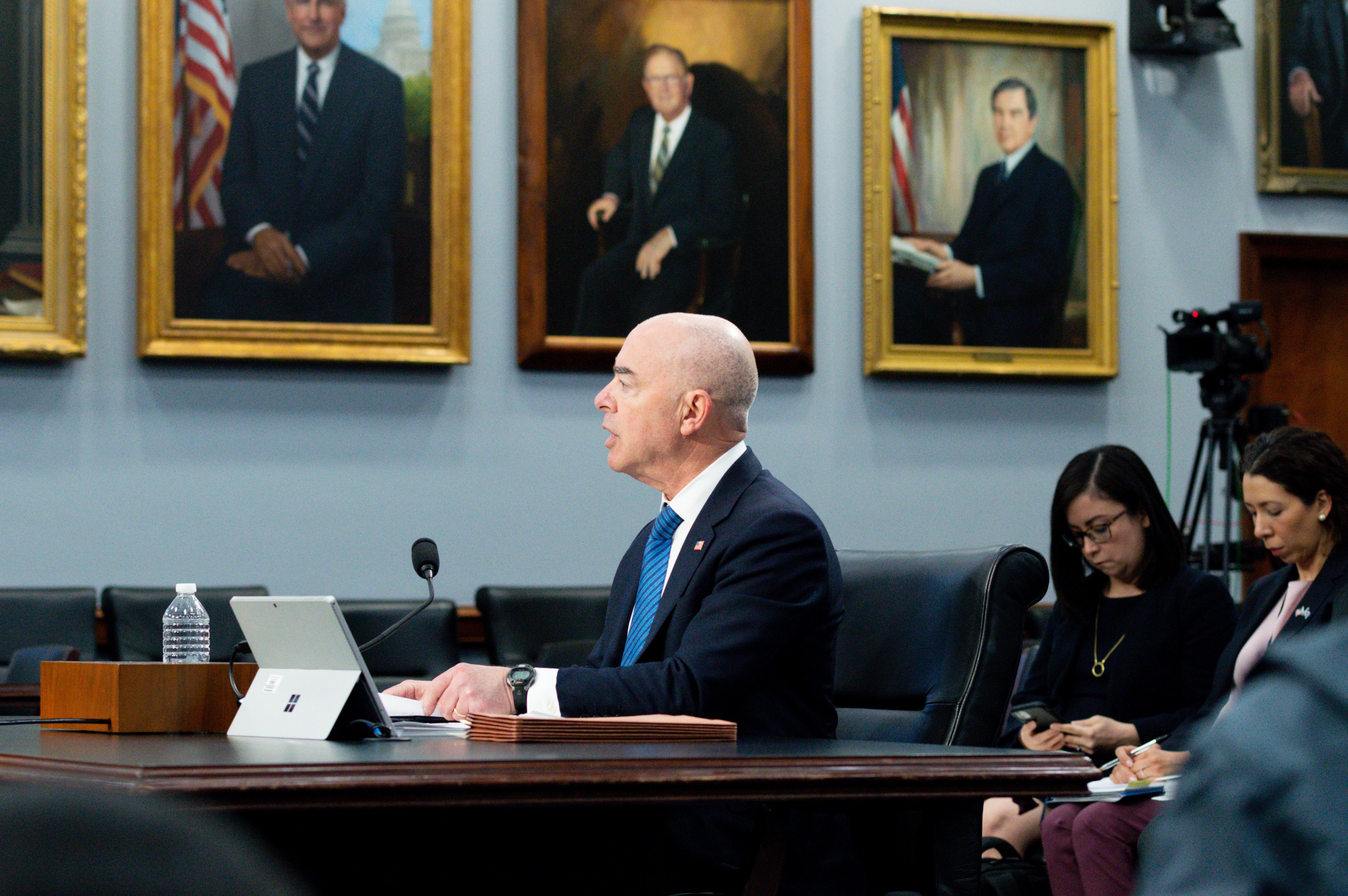 Full Committee Ranking Member Kay Granger (TX) noted that “our agents and officers on the ground do not have the resources to handle [current] numbers.” Granger raised concern that “tens of thousands of migrants are waiting to cross the border if [Title 42] is lifted,” and “some ICE and CBP accounts could run out of funds as soon as July if President Biden is successful in revoking Title 42.” See here for Granger’s full prepared remarks. 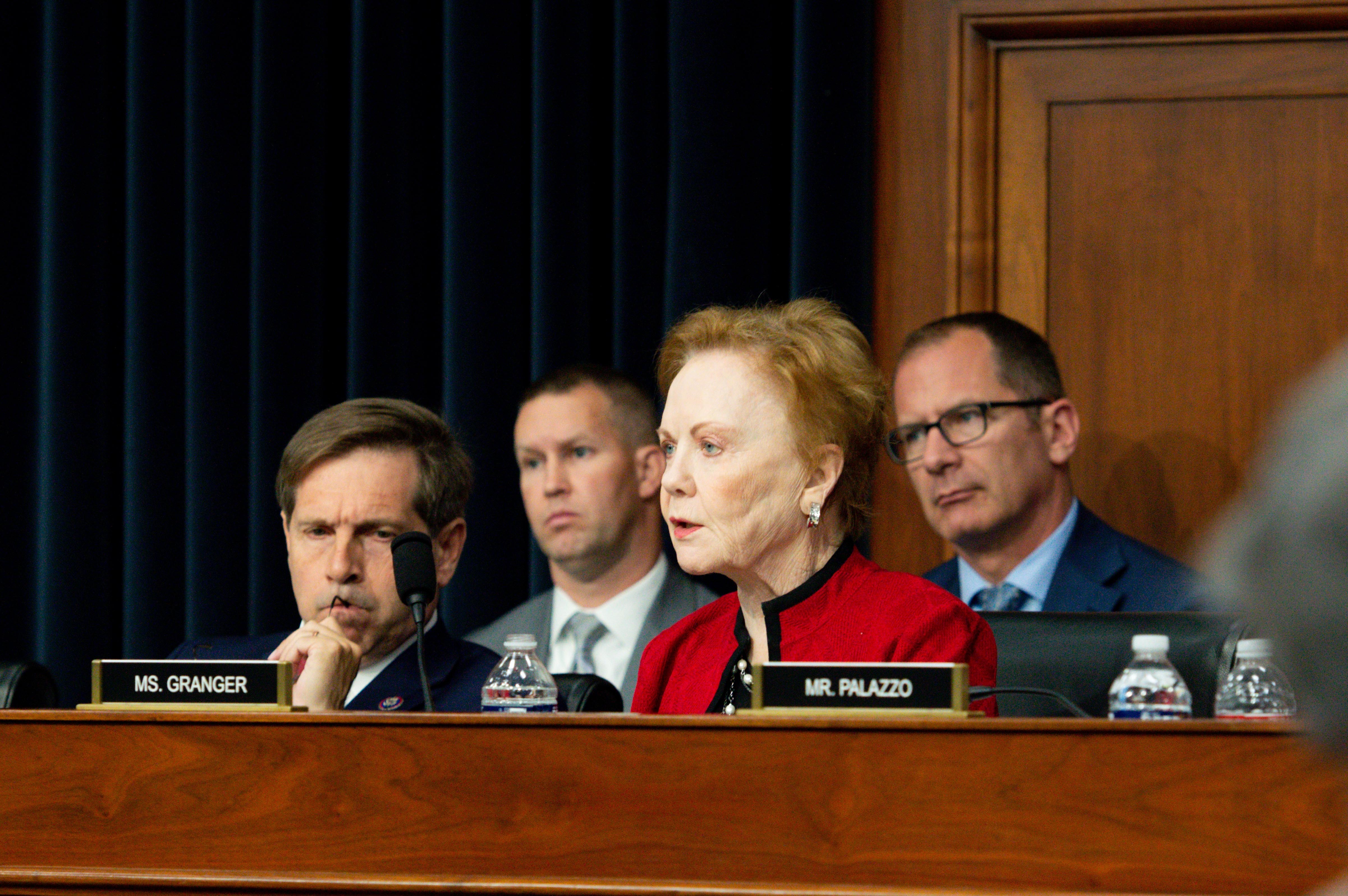 Given the anticipated increase in border crossings if Title 42 is lifted, Subcommittee Ranking Member Chuck Fleischmann (TN) questioned Secretary Mayorkas on the department’s recently released border enforcement plan, cautioning against pulling resources from different areas of the department: “The first pillar of the plan is to surge resources to the southwest border, including support and medical personnel. Presumably, these additional personnel come from other components throughout DHS – what is the impact to those agencies who rely on these individuals as they are deployed to help alleviate the preventable border surge?” See here for Fleischmann’s full prepared remarks. 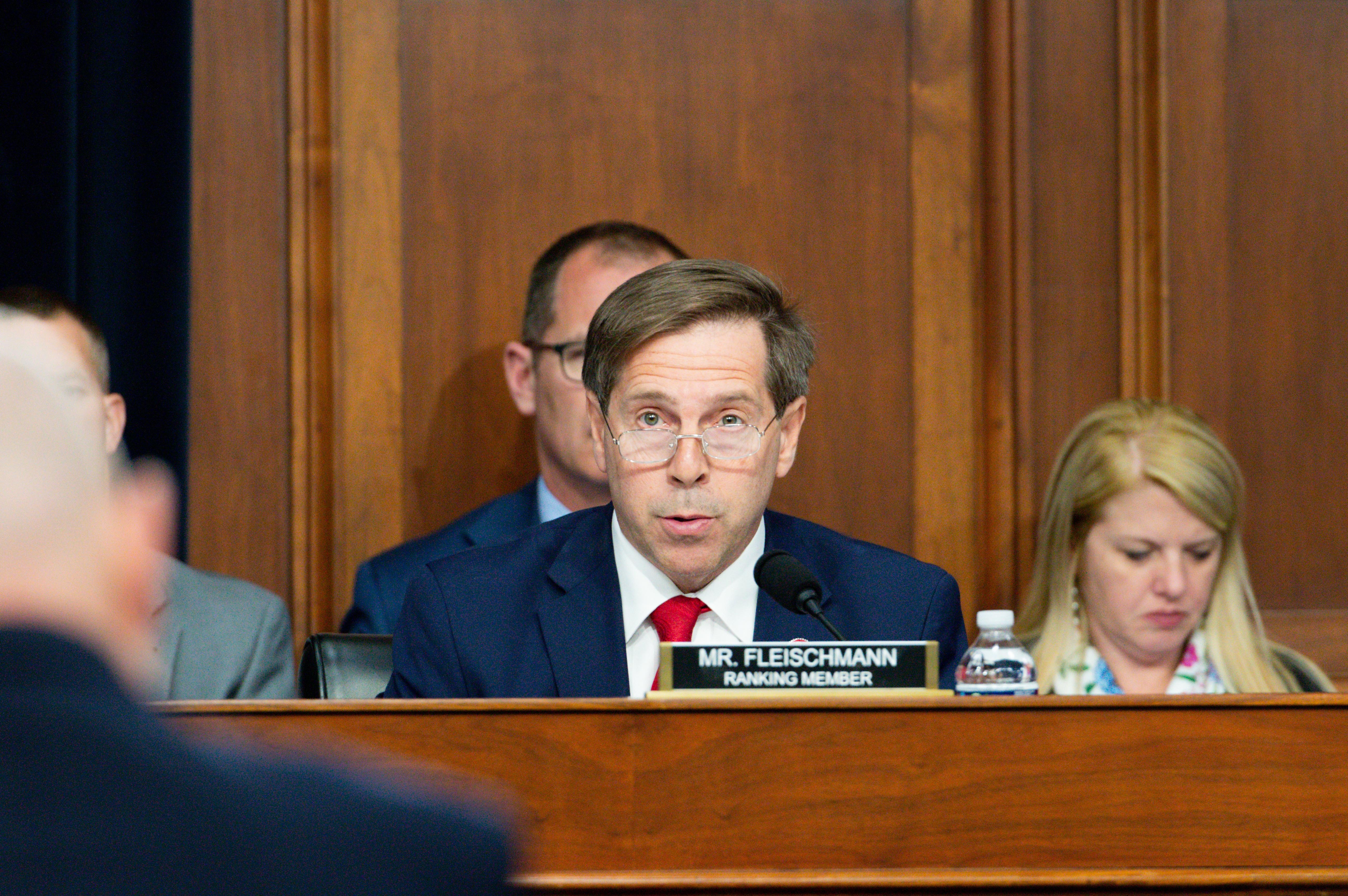 While the administration plans to outsource case management by hiring 300 contractors, over 60% of our Border Patrol Agents are caring for and processing migrants. They’re not out in the field, doing the job they were trained and hired to do: protect the homeland.

Even Subcommittee Democrat Henry Cuellar (TX), whose district borders Mexico, highlighted the department’s personnel issue, saying “The Laredo Sector & The Rio Grande sector are operating at 40%. That means that 60% of the men and women are in the processing centers, and 40% are actually doing homeland security. Cuellar went on by making the analogy that “It’s like having a school, and only 40% of the teachers are in the classroom and the other ones are doing something else. The Border Processing Coordinators, something that we started many years ago, and we still haven’t ramped up. I heard you say 300, but we should have done that a long time ago, to put those folks in the processing centers, and our men & women outside.”

If one thing is certain, it’s that walls work, and they have proven to be successful in deterring illegal immigration. Still, President Biden appeased the extremists of his party by canceling existing border wall construction, which Granger made sure to call attention to and was able to get Secretary Mayorkas to commit to building border barriers: “We are closing gaps and completing gates. I approved approximately 68 projects in furtherance of that effort, and we are well aware of our responsibility to spend the funds that have been appropriated to the wall.”

Congressman Steven Palazzo (MS) noted how disastrous the crisis at the border has gotten, stating “This administration’s lax policies in opening the border have not only allowed immigration to occur, but it has also opened the floodgates for nefarious activity and burdened the DHS agencies that have the responsibility to respond. This just isn’t affecting the border, but it’s also affecting local and state law enforcement all across America – not just border states.” 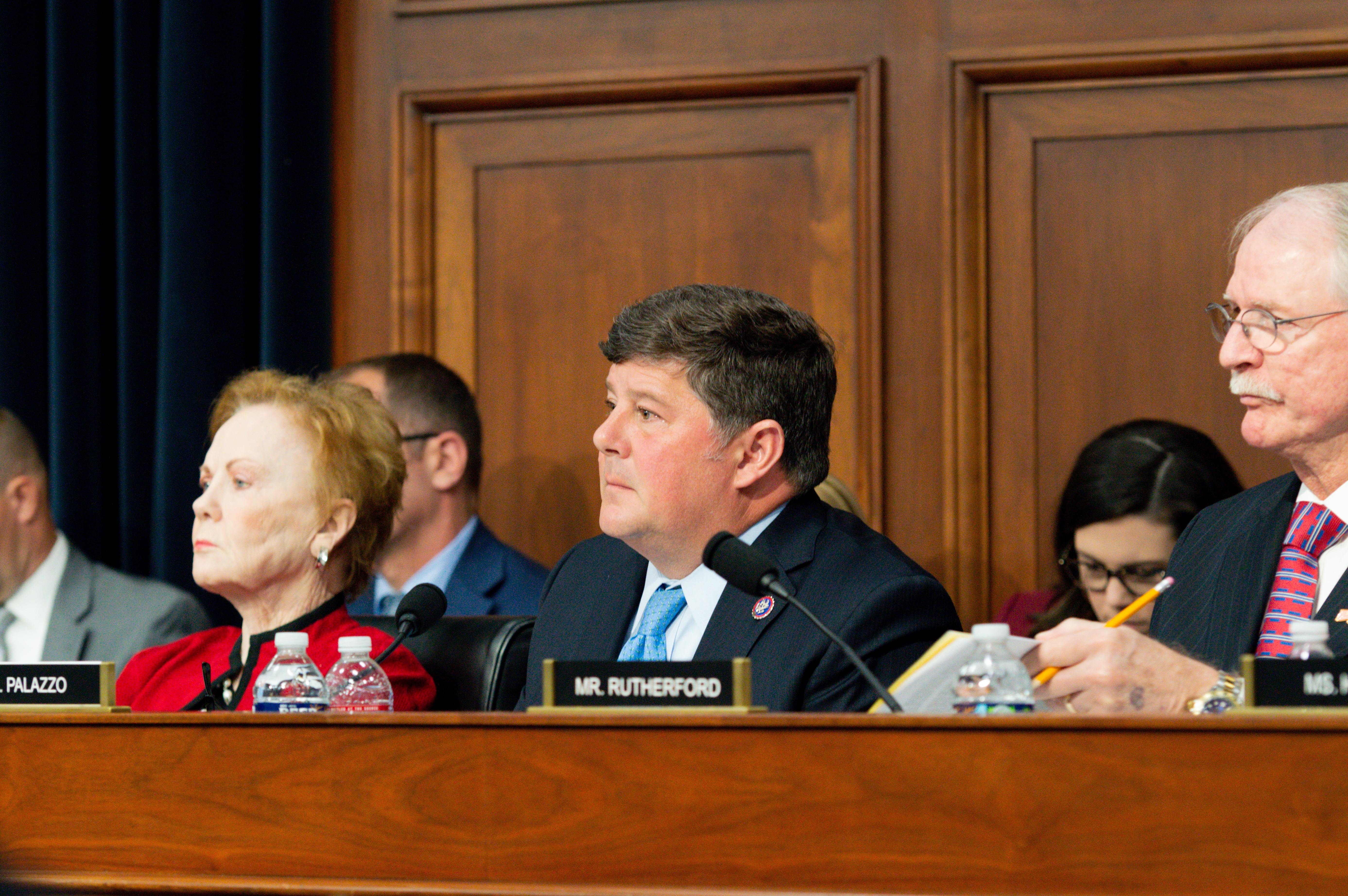 While illegal border crossings are at a record high, deportations are down a whopping 68%. Congressman John Rutherford (FL) commented on the significant reduction: “As a former sheriff myself, I know the limitations that budgets can put on you, but in FY19 ICE deported 359,000 illegal aliens from the interior of our country. In FY20, 185,000. Then last year, with the same resources, they only deported 59,000. What’s going on? … I think America was much safer when we deported 359,000, whether they were for serious felonies or serious misdemeanors. 359,000 compared to 59,000 – that’s not safer.” 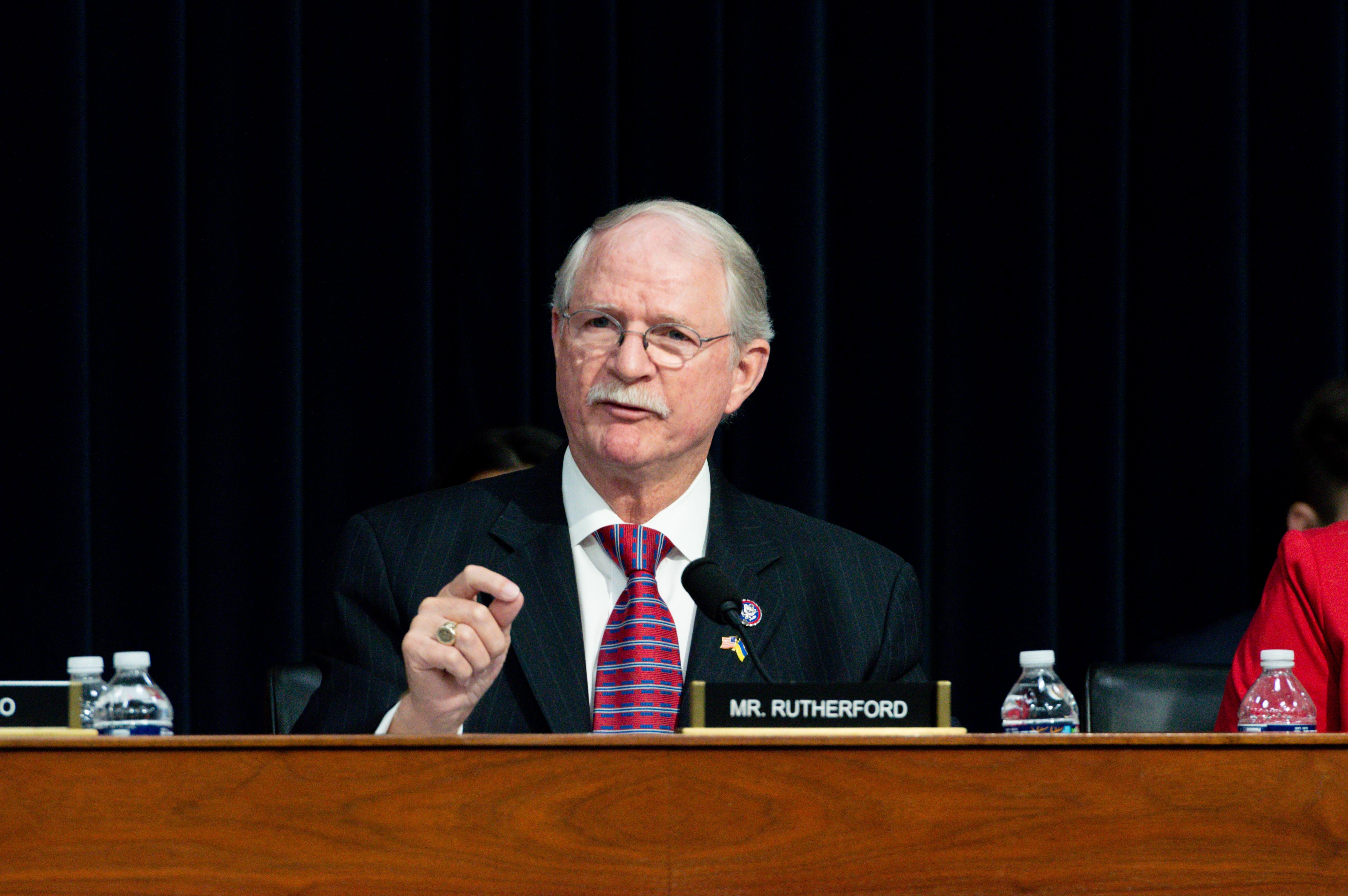 Congresswoman Ashley Hinson (IA) articulated the frustrations of many Americans regarding the ongoing border crisis: “We were giving you these warnings a year ago about the situation not only at our border communities but for law enforcement, not only in Texas but in places like Iowa, who continue to raise the alarm as the crisis has worsened… It’s ludicrous that you’re saying comprehensive and deliberate strategies since January of 2021, and yet here we are, with a worsening and compounding crisis at our southern border.”

During questioning, Hinson asked if the secretary had talked to Border Patrol Agents on the ground about Title 42. Secretary Mayorkas admitted that “some certainly have said to me that Title 42 has been of utility to them” and “some of them have requested that Title 42 remain.” 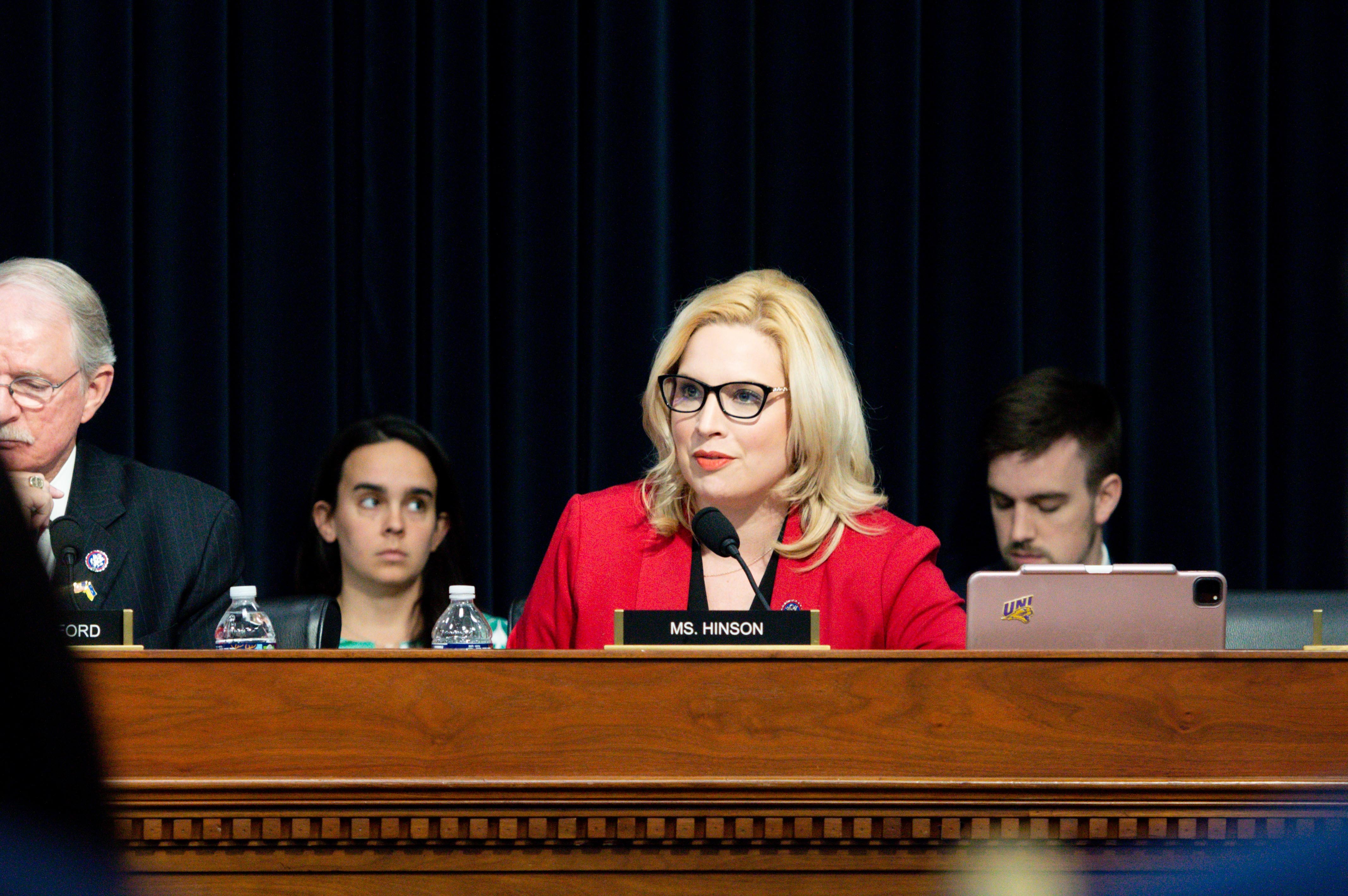 Over the weekend, Texas National Guardsman Bishop Evans lost his life saving two migrants from drowning in the Rio Grande – a sad outcome of the ongoing crisis at our border. What makes this situation even more heartbreaking is that these migrants are suspected of being drug traffickers. Granger offered the committee's condolences, honoring the 22-year-old as an American Hero. May he rest in peace.
Subcommittees:
Homeland Security (117th Congress)
117th Congress